This open space is located South of Jesse Hall. The Mel Carnahan Quadrangle was dedicated on September 12, 2003 to a former governor of Missouri and Honors his leadership in Public Service. The Carnahan Quad has emerged as the University's most significant new open space. The area is flanked with six themed triangle shaped gardens including the Iris Garden, the Lily Garden, the Peony Garden, the Phlox Garden, the Hardy Geranium Garden and the Cone Flower Garden. 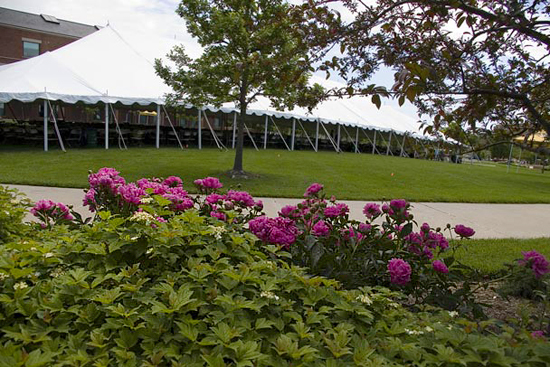