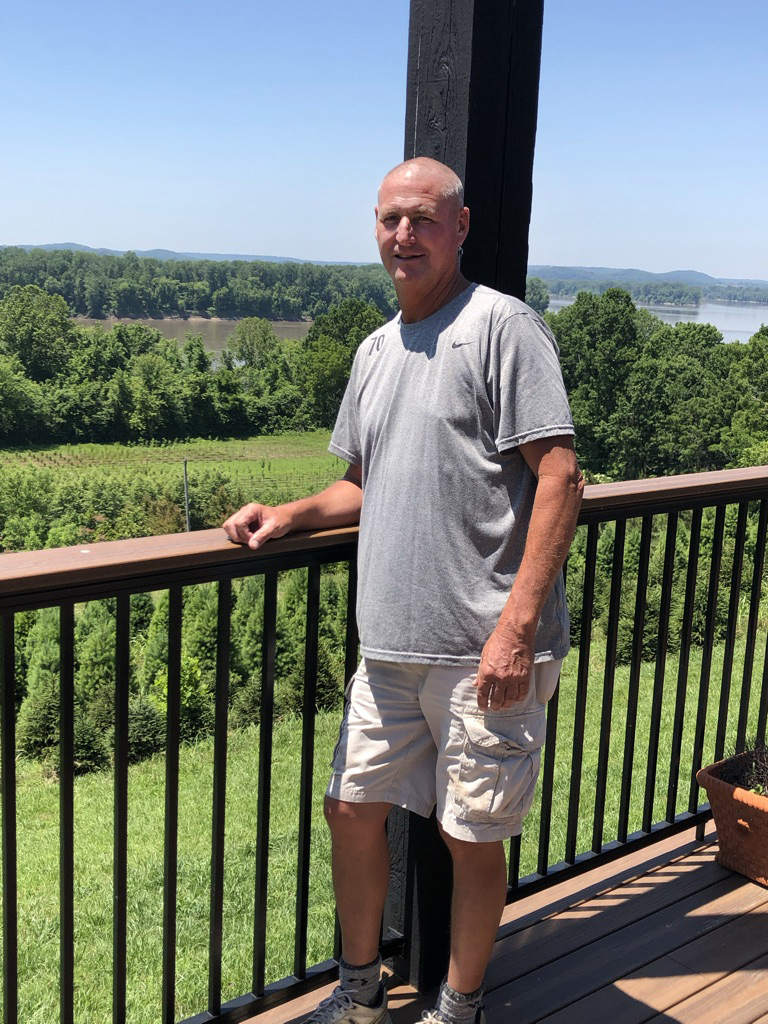 Mike Rood, president of his family’s business, Pea Ridge Nursery, stands on a deck above the Missouri River, a property he rents from a neighbor to grow some of his extensive offerings. A field of mixed evergreens grows in the field below.

Pea Ridge Nursery near Hermann, Mo., originally just a Christmas Tree Farm, grew up to 100,000 conifers destined to spend December all-aglow with brightly wrapped presents beneath their branches. When the almost 400-acre farm in the Missouri River’s rolling hills went up for sale in 1972, a nurseryman friend contacted LeRoy and Mary Rood in O’Fallon, Mo. and invited them to visit.

Without a thought in their minds about taking on such a project, the couple loaded their three young children, Michele, Mike and Scott, into the car for a family outing and ended up falling in love with the place. LeRoy quit his job as an engineer with McDonnell Douglas and the family moved into the 150-year-old cabin on the property.

“It was mostly a tangle of blackberries and multiflora roses. Their hard work made it what it is today,” said Mike, who with his brother Scott co-owns Pea Ridge, now one of the largest and most diverse wholesale tree nurseries in the State of Missouri—and a favored Mizzou Botanic Garden tree partner.

“It drives my kids nuts when we go on campus and I point out ‘our’ trees,” said Rood, company president and an MU alumnus. “There are a lot of them.”

Rood said that going from only selling Christmas trees to becoming a wholesale nursery was a journey of baby steps.

“The nurseryman who told us about the property would come out and dig trees to sell as live Christmas trees,” Rood said. “He taught me how to do it.

“He invited me to go with him to Tennessee to buy inventory. I kept working with him, traveling during school breaks, year after year and learned what was going on.”

When Rood went to MU to earn his degree in forestry he intended to graduate to a “suit and tie” job and work 9 to 5.

“But I realized I still loved the farm,” he said. “I’ve never learned how to tie a tie.”

Rood asked his parents if he could plant 100 trees that weren’t Christmas trees. He said they laughed but gave their approval. After three years, deer had eaten four of the trees and he’d sold the rest.

“I asked if I could plant a few more, different trees,” he said. “I got hooked up with some really sharp people and planted large, quality stuff. But then I needed a well to water the trees and right off the bat my parents agreed.”

A St. Louis nurseryman, Bill Spradley, visited Pea Ridge. He took note of the “hodgepodge” of interesting nursery stock and, assuming that LeRoy was behind the inventory, asked him about it.

Rood and Spradley hit it off immediately. Spradley, owner of Trees, Forests, and Landscapes, Inc. had deep connections in the nursery industry, and introduced Rood to members of the West Coast Growers Association.

“I traveled with him. It would have taken me years to earn the respect of people in the industry, but he already had the connections. It was a lot of fun,” Rood said.

In addition to the family farm, Pea Ridge leases 500 acres that abut the Missouri River—with some spectacular views—from a “weekend” nurseryman neighbor.

“We have an awesome relationship,” Rood said. “He’s been a good friend and a good mentor.”

Fully 350 acres of the two properties is in production, planted in diverse and unique nursery stock.

“We work on a five-year rotation. By year five, the stuff that’s left in a planting isn’t the best and it gets harder to dig. We throw it away and start with something else,” Rood said. Evergreen tree patches are rotated at 10-year intervals.

“We could never grow the bread and butter. We enjoy trying different stuff—growing it up,” Rood said. “We’re interested in things that need little maintenance and that are heat and drought tolerant—minimizing work for homeowners. It helps being connected with people on the front edge at trade shows.”

A round-about tour of the extensive nursery would draw oohs and ahs from someone with little tree knowledge—18 redbud varieties—but was mind-boggling impressive to a couple of avid gardeners even on one of the hottest days of the year. Missouri River vistas and shortcuts through forested areas filled with huge sassafras trees, pawpaw patches, other natives and Rood’s established dawn redwoods were icing on the tree cake.

Looking through hedges in a neighbor’s yard, Rood points out that Pea Ridge has planted trees there. “You’ve got to be careful if you’re a neighbor and have open ground,” he said, laughing.

Rood and Spradley acquired several thousand young magnolias from a hybridization project that shut down. The trees are scattered in beds throughout the grounds as they mature into their adult selves.

“The majority of the crosses are of name brand parents,” Rood said. “It could be really interesting.”

“This has always been a family business,” Rood said. “Dad died last year but mom is still going a million miles an hour. She sprays and mows and keeps on top of the evergreen inventory.”

“Scott used to do sales but now oversees irrigation and works more in the office, keeping books. Sometimes I’m like a kid in the candy store. I see the shiny thing and have to have it and Scott reminds me we have a budget. Checks and balances,” Rood said.

Rood’s wife, Tammy, has her hands full as an assistant teaching professor in MU’s Sinclair School of Nursing working as a pediatric nurse practitioner and certified asthma educator in the Pediatric Pulmonary & Allergy Division.

Like their father, the couple’s three daughters all helped on the farm growing up and continue to lend a hand when needed and available.

“At one time, we were selling 10,000 trees each year but now are down to about 3,000,” Rood said. “It’s been such a tradition. The great grandkids of people my mom and dad knew are bringing their kids here for Christmas trees.”

Rood said he has been surprised by the quality of the people who have crossed his path as he has worked to build the business—strong partners who were willing to share their expertise.

“I feel extremely lucky,” he said.

“But the biggest surprise is how much I’ve enjoyed what I’m doing. It never even seems like work.” 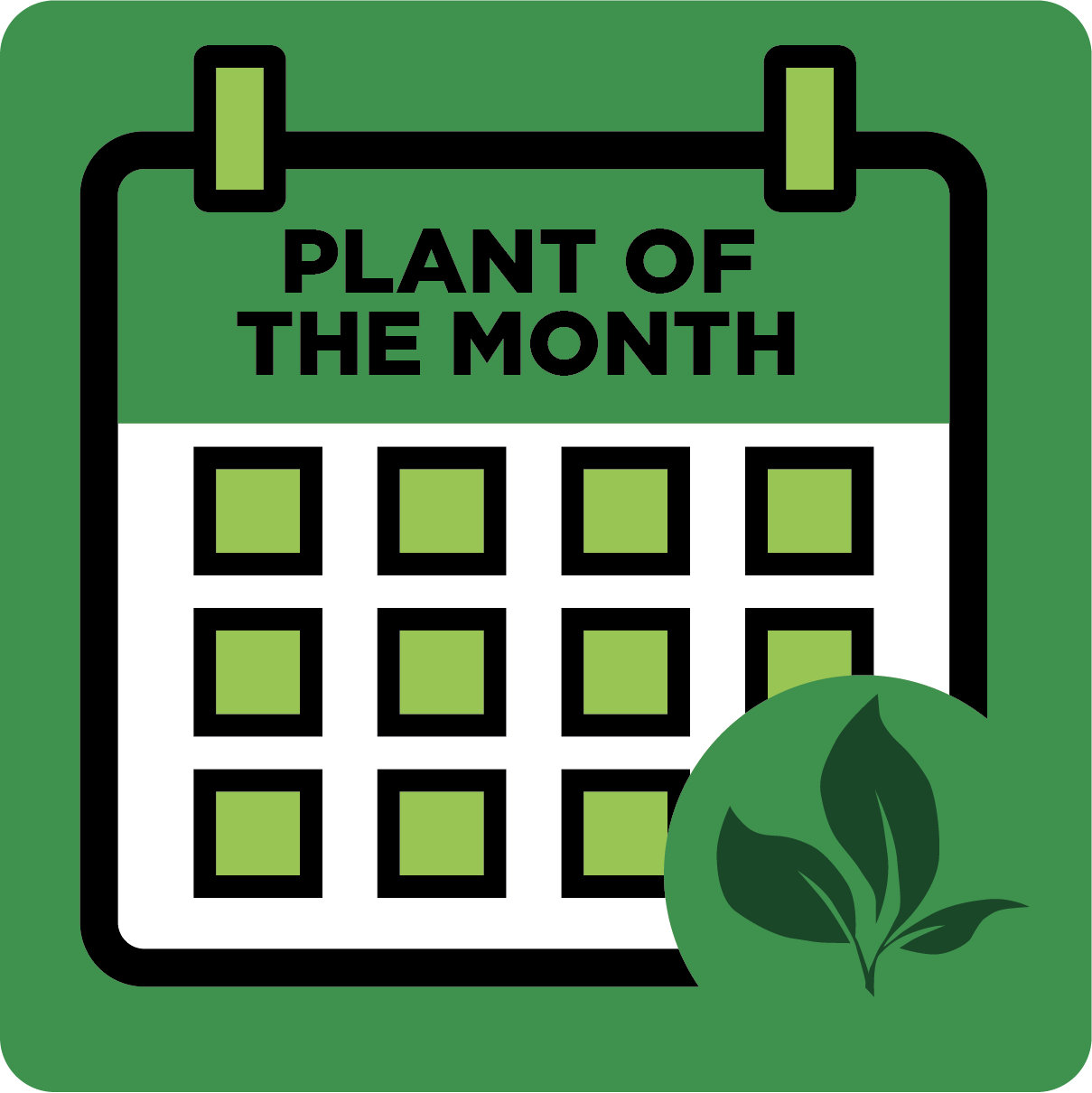