MUBG to Sponsor Program by Rock Star of Birding World 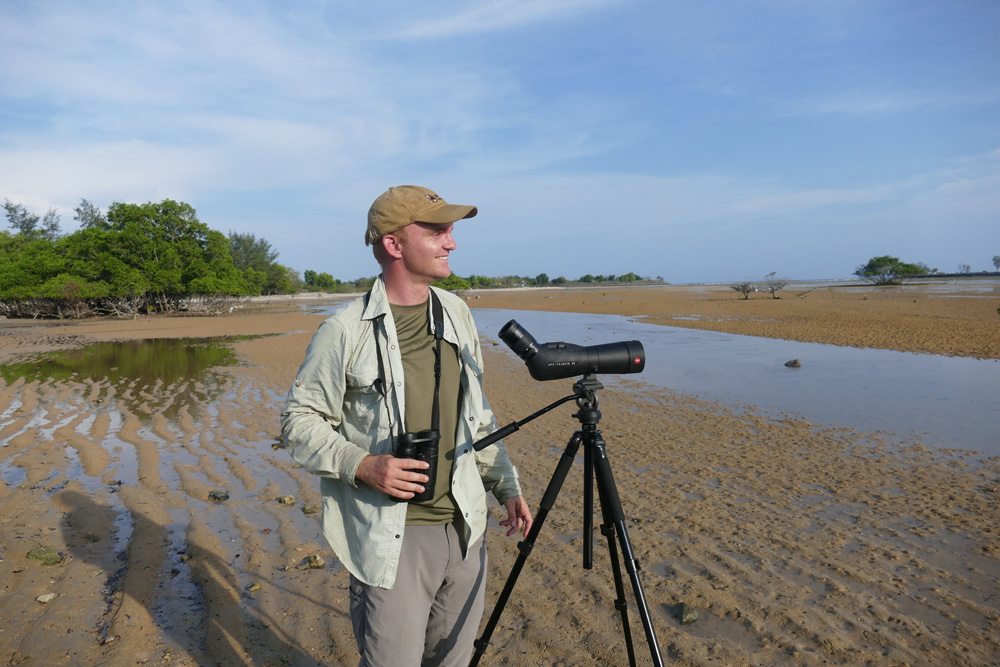 Noah Strycker photographs birds in Bali on his Big Year birding adventure during which he visited 41 countries and photographed more than half of the world’s bird species in 365 days.

Bird man Noah Strycker is a powerful example of the lasting and positive influence a good science teacher can have on the impressionable mind of an inquisitive child. When a fifth grader in a small school in Eugene, Ore., a city he still calls home, Strycker’s teacher installed a window bird feeder in her classroom and would halt coursework whenever a bird stopped in for a meal. He was instantly fascinated and immutably hooked on birds — watching them, researching them and writing about them.

In 2015, after months of planning, then 29-year-old Strycker struck out on an epic 365-day “Birding Without Borders” quest to document as many of the estimated 10,000 bird species on the planet. His planning process included contacting birders throughout the world to share the adventure. He slept on their couches and went with them to their favorite birdwatching haunts. And along the way he saw the world — everything from the Taj Mahal to Machu Picchu. 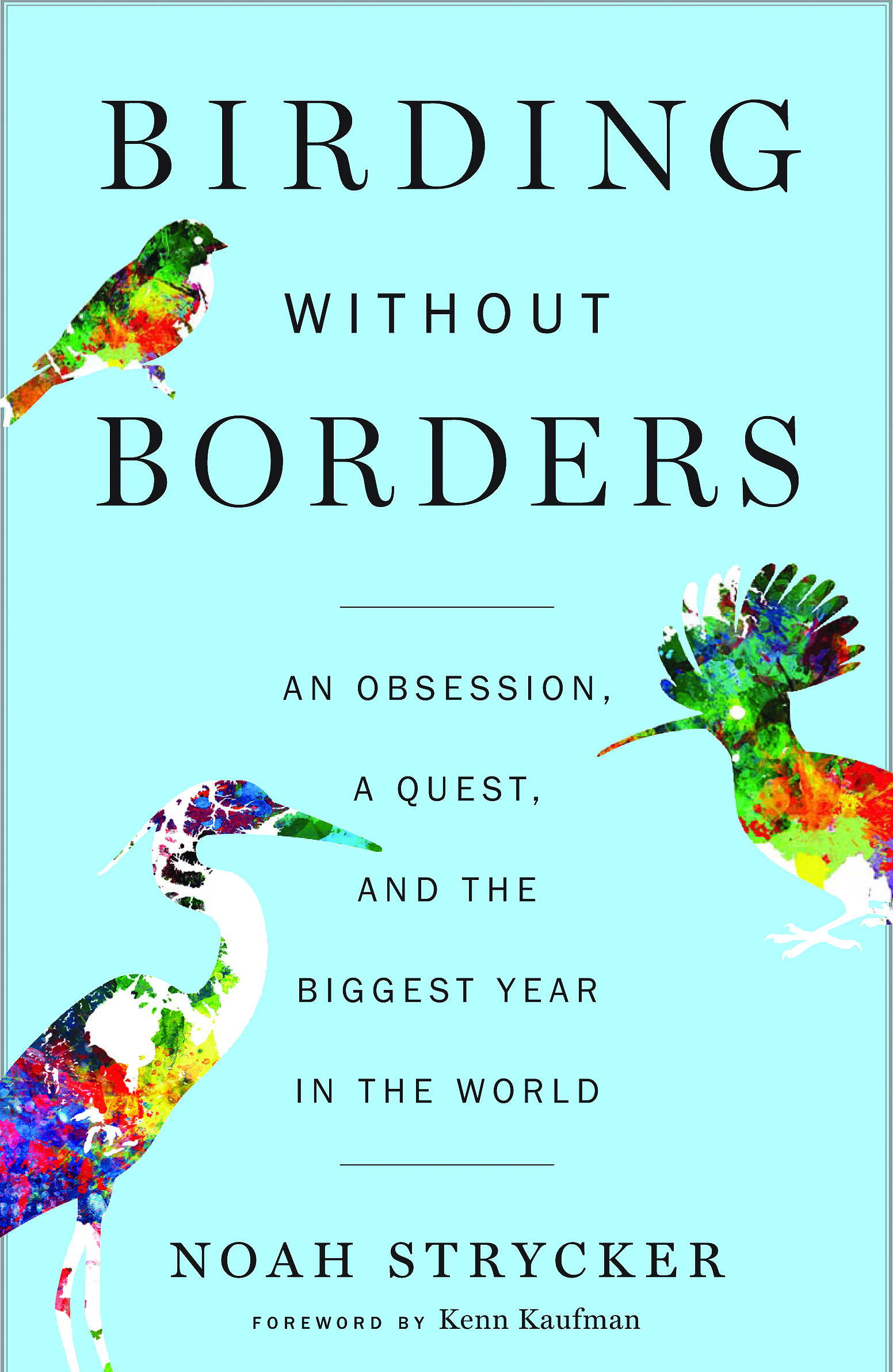 Noah Strycker documented his 2015 Big Year of birding in the book Birding Without Borders.

“Doing a big year of birding was a more realistic way to see the world. It put me in the countryside, off the beaten path with local people,” Strycker said. “That’s what made the whole thing work — other birders. That’s what made it really fun.”

Strycker visited 41 countries and documented 6,042 bird species during what he refers to as his “Big Year” recording a daily blog along the way. He wrote a book about the experience, “Birding Without Borders”, has recorded a TEDx Talk about his efforts and continues to travel and talk about his grand adventure during which, he observed, anything could happen and a lot did.

Strycker is the featured guest speaker at Mizzou Botanic Garden’s 2021 Jacquelyn K. Jones lecture on October 15 beginning at 6 p.m. in Monsanto Auditorium, located in MU’s Bond Life Sciences Center. Strycker will share humorous and inspiring stories and slides detailing his Big Year adventure. A selection of the bird man’s books will be available for purchase and signing at the event.

Also on the program — all free and open to the public — will be a presentation by Missouri Department of Conservation about the reintroduction of the brown-headed nuthatch to Missouri, and an introduction to eBird, an online, publicly generated wealth of information about birds.

Strycker earned an undergraduate degree from the Oregon State University in fisheries and wildlife and recently finished a master’s degree from Stony Brook University based on his study of chinstrap penguins in the Antarctic. Penguins have been a long-time passion for the bird man.

His first book, published in 2011, documents his observations of Antarctica’s Adélie penguins from a research trip he took immediately after graduating from college. The book, and Strycker’s writing style, garnered positive and enthusiastic reviews. 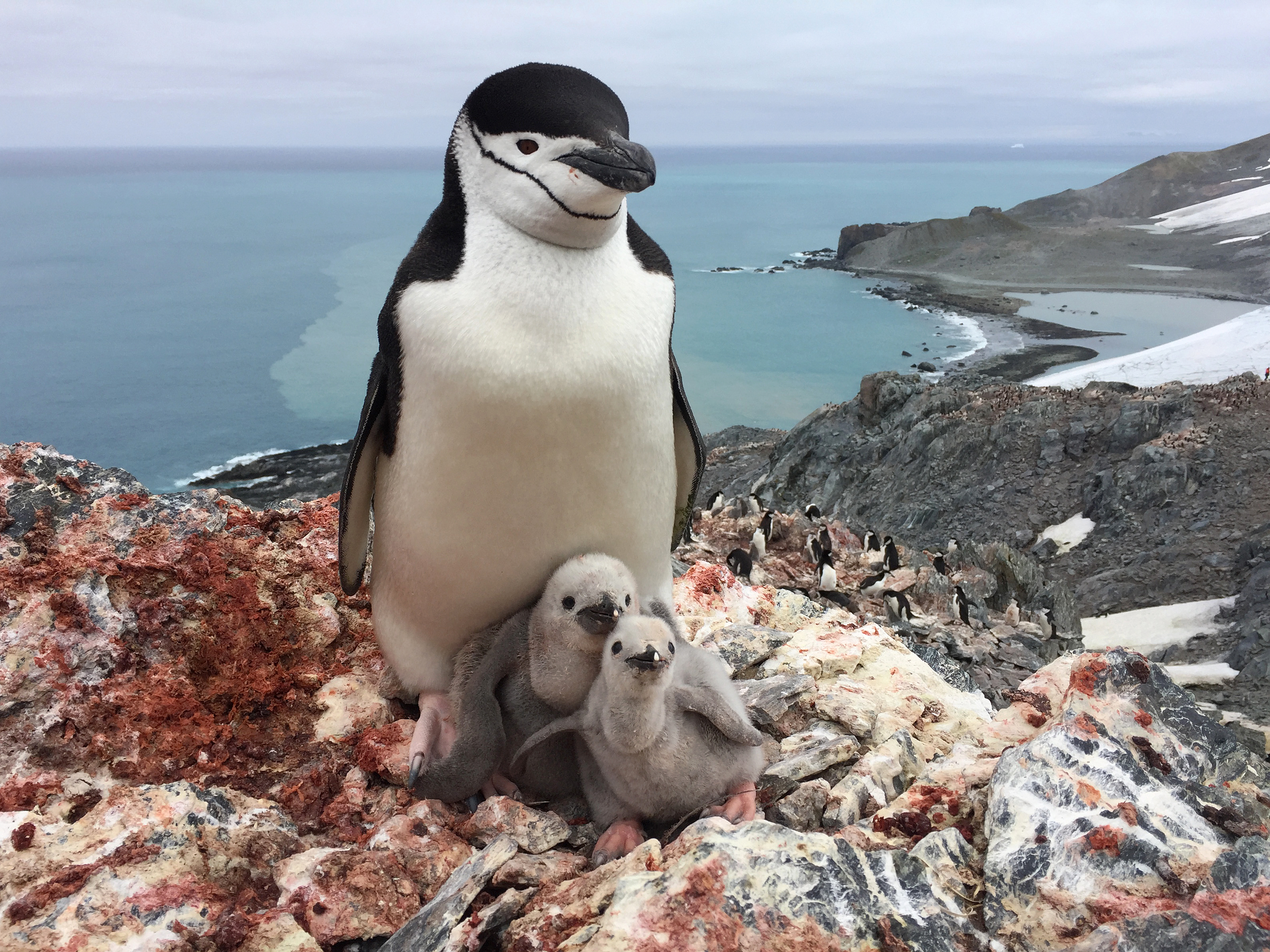 Strycker has made more than 35 trips to Antarctica, some of them as a naturalist guide on expedition cruises. His chinstrap penguin research was largely ship-based. He spent 40 days aboard a Greenpeace-furnished ship staffed with a scientific crew on a global oceans campaign.

“I’ve been fascinated by penguins for a long time and I enjoy being in the Antarctic,” he said of his choice to focus his master’s research on chinstrap penguins, easily identified by the narrow black band encircling the bird’s bill from the its black crown. One unhappy discovery during his research mission was the decline of some chinstrap populations by more than 50 percent in the past 50 years.

Strycker’s second book, “The Thing with Feathers” — illustrated with the author’s own pen-and-ink drawings — made it to the New York Times bestseller list when it was published in 2014 and has been translated into a dozen languages. The book explores mysteries of bird behavior to reveal why birds do what they do, offering a glimpse into human nature along the way. One of the book’s chapters, “The Buzzard’s Nostril”, discusses Strycker’s self-professed favorite bird.

“Turkey vultures are fascinating. They can smell a dead mouse from a a couple of miles away,” Strycker said. “And for as common and widespread as they are, they are very shy. I have only ever seen one turkey vulture nest – in a cave in Eugene, [Ore.].”

In addition to serving as an associate editor for Birding magazine, Strycker contributed the text to National Geographic’s “Birds of the Photo Ark” (2018), which features photographer Joel Sartore’s up-close portraits of birds and is co-author of National Geographic's "Backyard Guide to the Birds of North America”.

“There is an image of birdwatchers as the retiree crowd,” Strycker said. “But there are a lot of younger people getting into birding all over the world. During my big year, I visited Colombia, South America, where birdwatching is a young people’s game.

“And birding just gets ever more popular,” he added. “Digital cameras and the internet have made it a lot easier. This past year with the pandemic and lockdown, people have been inspired to get outdoors. The energy around bird watching right now has been amazing to watch.

“It doesn’t matter who you are or where you are from. Birding is universal in ways that very few other things are.”