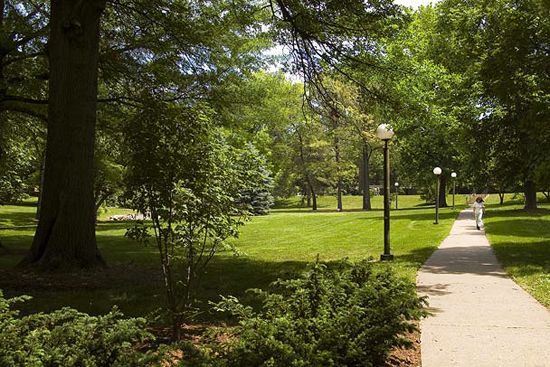 McAlester Park, better known as Peace Park, is the oldest undisturbed land on the main campus. Several trees including a Black Walnut (Juglans nigra) are estimated to be over 150 years old. This four-acre tract contains more than 100 trees of 43 varieties. Ongoing and future development plans include adding several genera of trees and shrubs important to the mid-Missouri region. The drainage creek flowing through the area is slated to be developed. 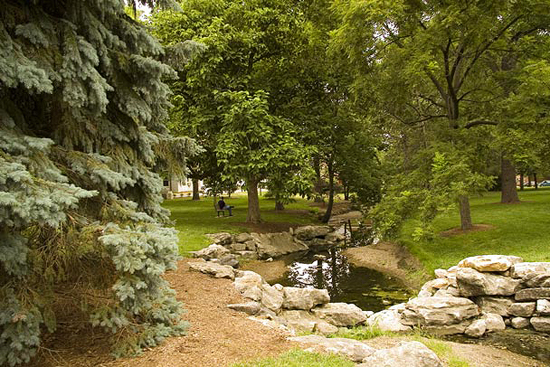 A group of Blue Spruce (Picea pungens var. glauca) create a bold statement along the creek. 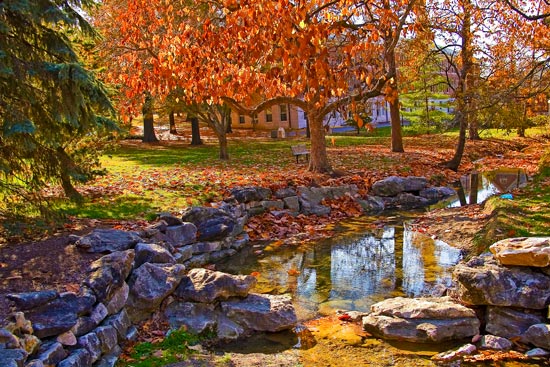 During wet weather water flows through the creek bisecting the park. 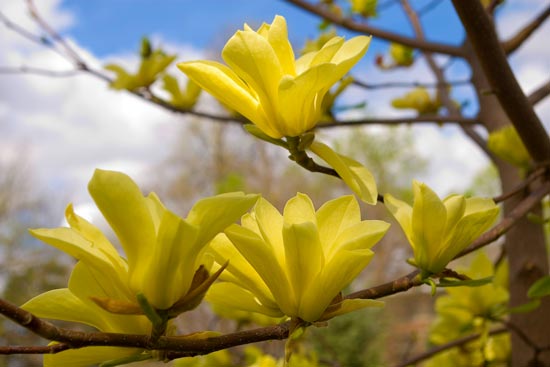 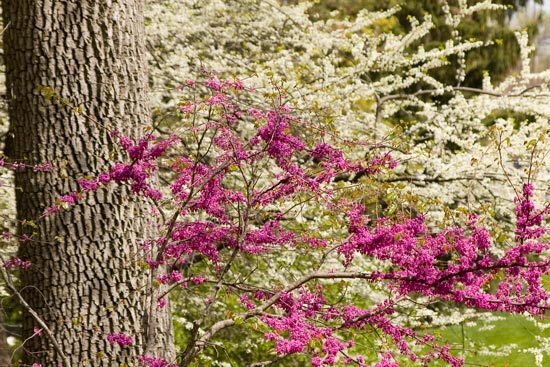